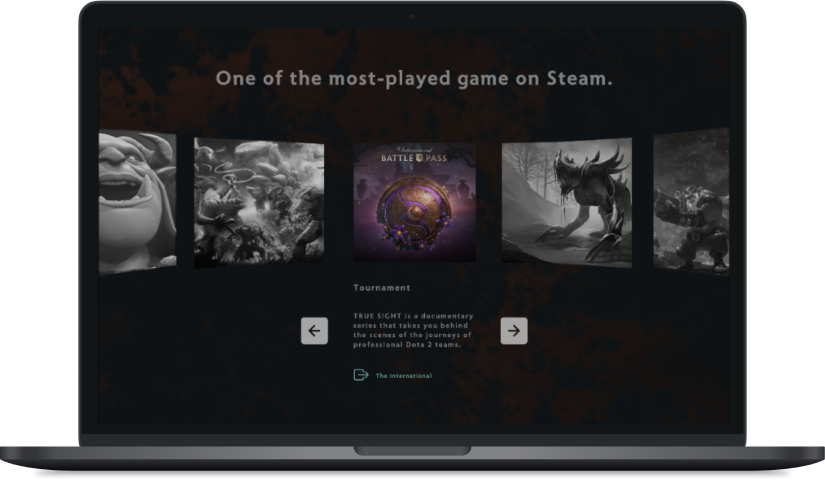 Designing a landing page that converts visitors into Dota 2 players.

A landing page that promotes Dota 2, showing benefits of this game and attracts the player to try it out.

Create a Landing Page to promote and sell a product or service. It should be only 1 page long, containing all the relevant content for the product you are working on.

I started my strategy by understanding users, the brand and checking the competition in order to help me think of an appropriate design solution.

To evaluate player experiences and game design implications I delved deeply into the world of players to understand who they are. I watched many hours of Dota 2 and LOL players streaming their battles on Twitch, and interacting with them, analyze their behavior in social media and read reports on player profiles.

I gathered information from the PC game market on the subject to help me understand the terms and the real scenario of the game.

Through the analysis of the competition I was able to identify gaps between what they offer and what customers need, the way they attract players and present their products and, thus, gather the necessary information to develop my design strategy.

To get most of the analysis, I cross-checked the data, first among all games, and then I isolated the MOBA games.

According to my research and confirmed by Gamers decide, three of the most popular MOBAs are: Dota 2, League of Legends and Heroes of the Storm - they are in the top five with the highest payouts for esports players.

At this stage, I created a list of questions to guide the interviews, but I allowed the conversation to follow a natural path and tried to understand the common goals or needs that lead users to Dota 2 or a competitor's game. I also investigated whether other people were involved in the experiment and other factors that seem to influence how users decide to test a game.

During an evaluation of the current state of the website, I carefully inspected the current design of the Dota 2 website to understand how it works and the intent behind each decision.

After gathering and analyzing information about Dota 2 and players, I identified the following Improvement opportunities: 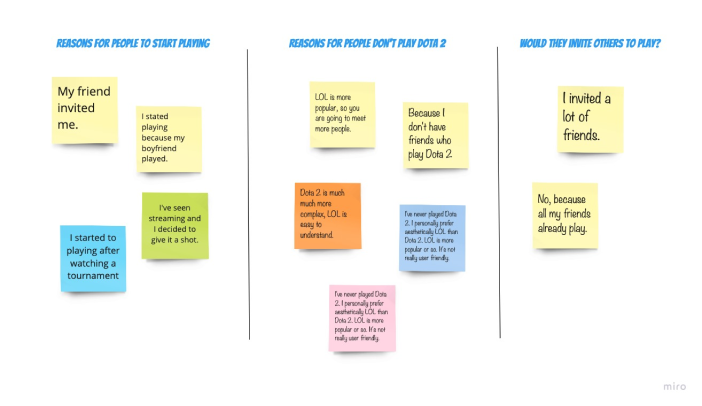 At this stage, the needs of the user and client needs are translated into specific for content and functionality. 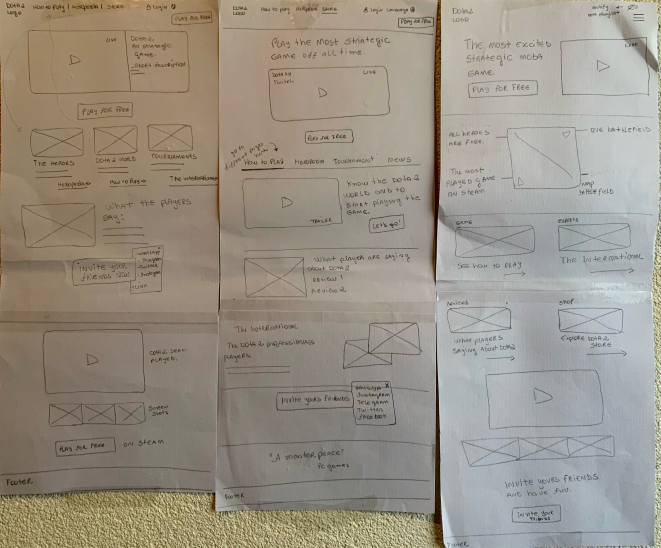 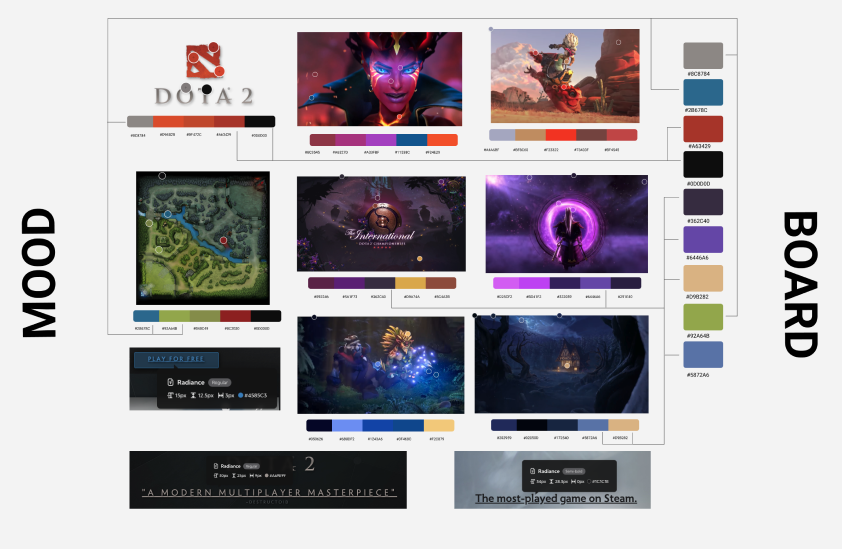 Congratulations on your efforts in your studies and in redoing some parts to learn more and have more final quality. The research and documentation part is very good!

If you have a website or mobile app idea in mind or you need some advice about product design, feel free to contact me. I'm available for application and website design projects and enjoy taking initiatives from an early idea to a deployed solution.